Walter Russell was an American who walked and talked with God for 49 days. After this great enlightenment he gave to the world the science of how the universe works. His wife Leo Russell was also a visionary in her own right. Together they formed the University of Science and Philosophy. In this podcast Richard Roocroft speaks with Jane* about the teachings of Walter and Leo Russell.

Walter Russell wrote the book The Universal One where he shows how God created everything in the universe. Matter is formed by the extension of vortexes from the corners of cubes. The high pressure and speed is what produces compressed matter, like our planet, the sun or even atoms. The returning spirals move out at the equator, like the rings of Saturn, and return to the corners of cubes. This model of the wave is depicted in many of Walter Russell's paintings and drawings. This is how God thinks everything into existence. Russell's work is truly the merging of science and religion.

Lao Russell spoke of the principles of balance and of love. To her, women were important in all areas of human activity.  Societies that treated their women badly were generally backward. Countries that treated women equally were successful. The love principle (the higher meaning of the word) is what is needed in business. To be successful, entrepreneurs should think of giving and not getting. If you create a product or service with the idea of doing it well, the reaction to that is, the world will reward you.

Walter Russell said people do not “think” properly. He teaches us how to concentrate, and then to decentrate. This is the opposite of concentrate. By meditating using this technique, people can come in contact with their own genius abilities.

Walter Russell was a person of great abilities, but most Americans don't even know he ever existed.

* Jane did not want to have her identity on the internet

Thank you Jane & Richard! This was a wonderful interview & tribute show to Walter & Lao Russell. Hopefully something like this will not remain a rare treat as more people come to know their story and writings.I learned of them via the Youtube videos posted by 'TheDoveLady' and think I'm hooked for life. :0D Seems their work materialized in answer to my desire to understand (in a practical way) the universal Principle of Polarity. Through the Home Study Course and other books a wonderful response has appeared in spades.I've saved your website to favorites and hope to one day soon find more podcasts here on this topic. It's a great one (and please invite Jane back for a Part 2 interview - it was a delight to hear her take on the written materials as well as her experiences of Walter & Lao).

Thank you for your kind words. I have passed this comment on, to Jane. She was happy to know that someone received some benefit from this.

Richard...i just listened to your show with Jane on Walter Russell...awesome! i also have a show deeply exploring my own consciousness with like minds. i have been on a journey of discovery and understanding paralleling the Russell's for many years and recently discovered them. thanks again for the great show and i plan to listen to many more. sincerely, matt presti www.mattpresti.com "The Exploration Of Consciousness"

Thank you Matt. We all need words of encouragement.

University of Science and Philosophy: http://www.philosophy.org

A special thank you to Derek R. Audette, Creative Commons, for the bumper music used in this podcast. 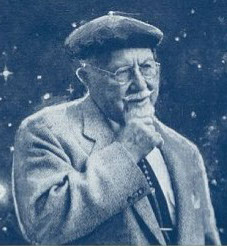 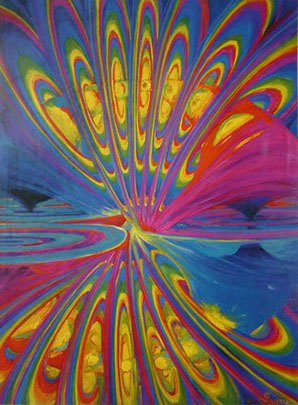 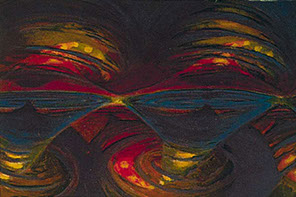 Walter Russell’s painting of the Wave 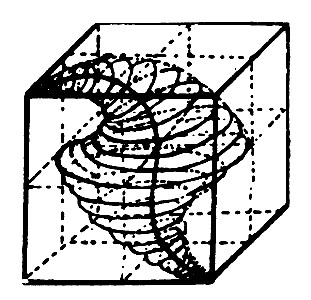 The Wave and Cube 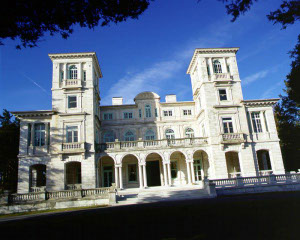 The Russell’s former residence at Swannanoa